Attended Cubs Reds on August 5, which surprisingly ended up in a Cubs win. It was maybe mid to high 80s with some typical Chicago summer humidity. But lucky for us, these seats were in the shade thanks to being under the overhand of the upper deck. The wind was blowing in from the northeast and provided a nice breeze as well. While you might be concerned about following the action down the left field line in deep left field (see photos), the stadium has mounted large flat screen TVs on the ceiling above you which is essentially the bottom of the overhanging upper deck which you sit under here. Also, one cool thing is that you also have a view of the walkway to get to some of the more luxurious sky box suites, so theres a good chance you might catch a glimpse of some celebrities in attendance or even the 7th inning stretch singer as they walk between their sweet and the broadcast booth (we were fortunate enough to see Patrick Sharp, a Chicago Blackhawks superstar who was giving a mid game interview following his 5 year contract extension. Super stoked about that by the way, Sharpy is the man and definitely my Mom's favorite Blackhawk). Sorry, lets get back on track. There was a beer and snack stand maybe 20 steps away that never had longer than a 2 or 3 minute wait. Snacks included soft pretzels and peanuts (no hot dogs, burgers, pizza, or nachos), and beers included Amstel Light, Old Style, Labatt Blue, and Heineken. Only bad thing about this stand is that it is cash only, you have to go down the ramp to the main concourse to pay by card, or hit the Bank of America ATM located at the bottom third of the ramp (service charge for non BOA customers is $2.50). When I ran out of cash, I opted for the ATM since I had been so pleased with the short lines at the cash only stand. Walking vendors were plentiful, water, beer, and hotdogs came by every 15 minutes or so, although no cotton candy or ice cream ever made it by us, leading me to conclude that this section is most commonly frequented by an older crowd. We had a group of women in front of us for a ladies day (maybe 15 of them), which detracted a bit from the enjoyment as they stood up all the time taking pictures and twittering, while having no idea whatsoever that they were blocking our view. But hey, that's Wrigley, lots of people go just to enjoy the historic park and socialize at the world's largest saloon. All in all, you can never go wrong with a trip to Wrigley even though the Cubs as a ballclub have seen better days. I would recommend these seats to anyone other than a family with kids. Enter at Clark and Waveland and you'll have a short walk to the section. Enjoy the shade on a hot day, and hopefully the Cubs will find a way to fly the W flag for you.

I want to bring someone that has a fear of heights, what area would be best?

If you are attending a game with someone that has a fear of heights avoid any 400 or 500 sections. All other sections are on the ground level and don't feel high up in the air. The cheaper options will be in the 200 sections and will be a little further away while sections 2-40 and 101-142 will be nice and close to the field. These close seats will be pricier.

Which seats are best for older people who have a little difficulty with stairs?

Although Wrigley Field is an old stadium, they have done much to improve the accessibility of the ballpark. For older fans, who have difficulty with stairs, we suggest the top or bottom rows of the 100 or 200 level sections. These sections have smaller steps compared to those in the upper level.... 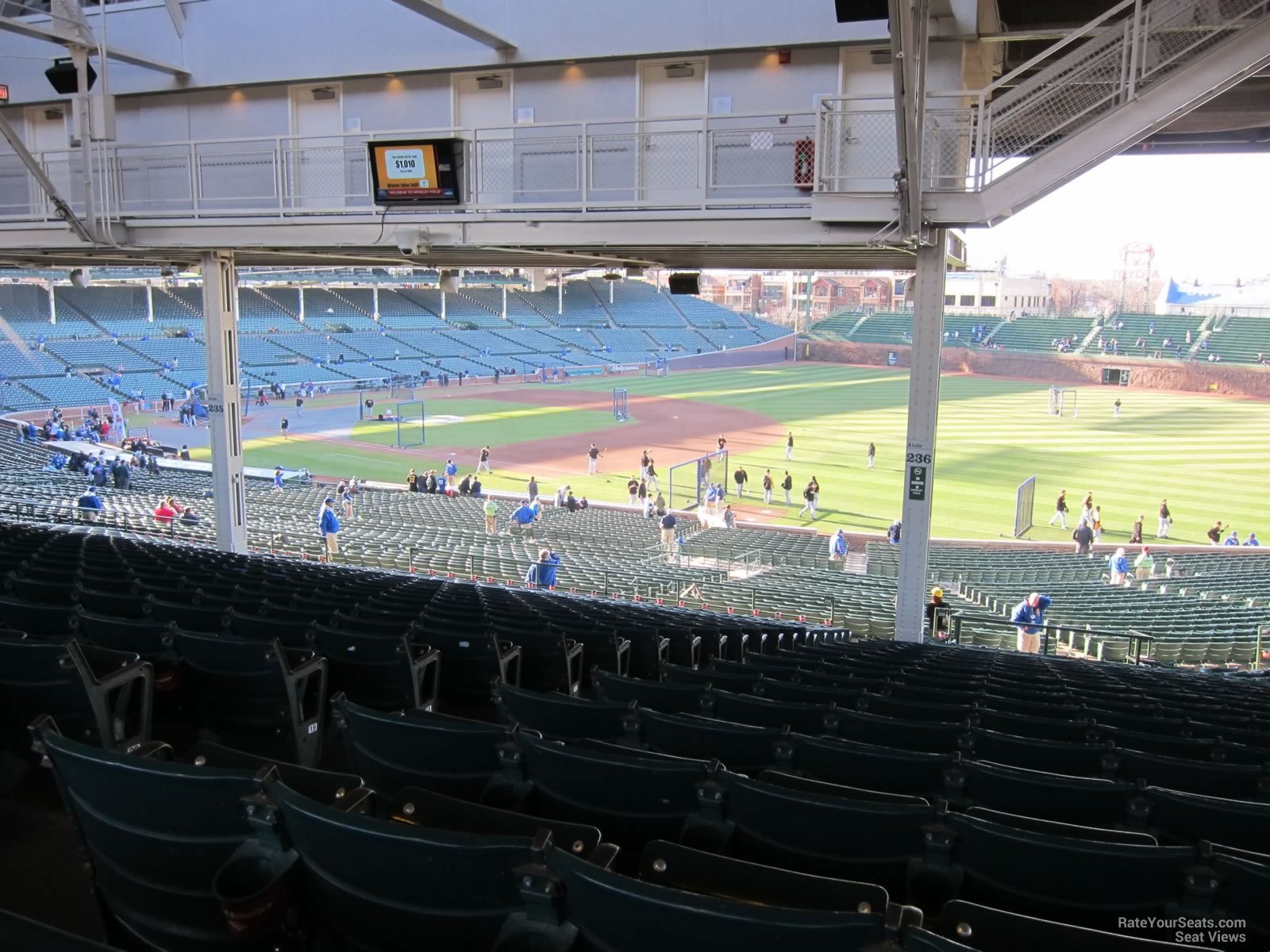